The Naptown Blues of Leroy Carr

When “How Long – How Long Blues” was recorded in 1928 it was the first blues recording made in Indianapolis. Naptown was a hotbed of sublime pianists, but Leroy Carr was by far the most influential. The combination of guitar and piano was notoriously difficult to balance with the recording technology of the time, but at their best, which was not seldom, Leroy Carr and Scrapper Blackwell established a perfect unity of style and purpose.

Scrapper’s fierce attack has always been recognized for its sheer power and his remarkable skills, but Carr’s technical artistry has often been underrated. The combined effect of their instruments was the ideal setting for Leroy’s highly inventive, personal, and often poetic lyrics.

The influence that the duo exerted is unsurpassed. Carr’s use of microphone technique showed that the blues could be the medium for intimate, confiding accounts of misfortune in love. Robert Johnson used several of Carr’s melodies, and they descended from him to Elmore James. The duo’s treatments of popular songs were revolutionary, foreshadowing the fusion of popular music and blues established by artists like Charles Brown, Ray Charles and their successors. The Carr-Blackwell combination took the blues from the country to the big city, paving the way for the Bluebird beat and the amplified blues of postwar Chicago.

Carr’s recorded legacy features many unissued recordings. The surviving tests supply evidence of the careful crafting of his music, but there has been confusion about which takes appear on them. It has therefore seemed worthwhile to issue some of them side by side on the accompanying Agram CD.

The 149 recordings that he made in less than seven years are proof of the enormous popularity of Carr’s music. That popularity made him a lot of money, which tragically fueled the alcoholism that led to his early death. Some of Carr’s lyrics make it painfully clear that he knew what lay not far ahead of him, and even now they can make for difficult listening.

Both Leroy Carr and Scrapper Blackwell have long been “six cold feet in the ground,” but the unsurpassed music they left behind has made them immortal. When you close your eyes it is as if they are in the room with you, playing the blues for you. This book and its accompanying CD are intended to serve as both a guide and a monument to the greatest of all piano-guitar blues duos. 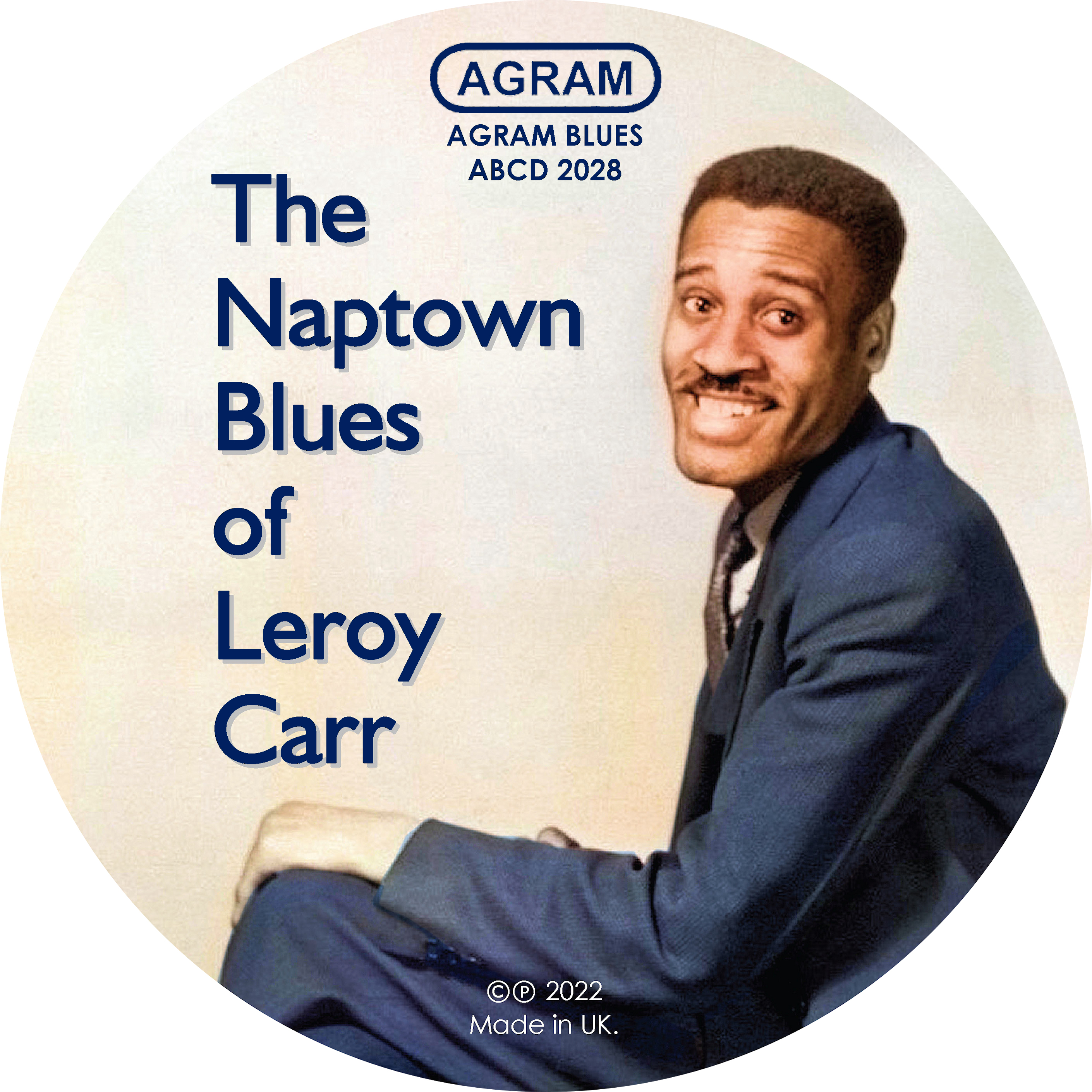