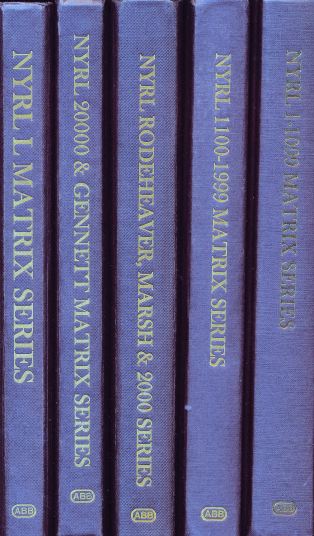 The New York Recording Laboratories Matrix Series is the most complete and up-to-date discography of NYRL recordings produced in Chicago, Illinois and Grafton, Wisconsin. Documenting of these recordings was started half a century ago by Max Ernst Vreede of the Netherlands (1927-1991). When Vreede fell ill in 1986, Guido van Rijn helped him update the discography. In 1995, the L matrix series was published in issue 9 of Pete Whelan’s magazine, 78 Quarterly. The Paramount and Broadway matrix lists were updated by Guido van Rijn and Alex van der Tuuk in 2011. These discographies differ from earlier listings such as Vreede’s Paramount 12000/13000 Series (1971) and Laurie Wright’s OKeh Race Records 8000 Series (2001), which list the issued records in numerical order. The Agram series of Paramount and Broadway discographies lists all matrices in numerical order, making information available on issued and unissued recordings.

Volume One lists the L matrix series, which ran from number 1 in about September 1929 to number 1637 in July 1932. Where known, all take numbers of each matrix are listed. All original issues on 78 rpm records and reissues – or issues – on LP and CD are given, and where known, variations in the titles on different issues are shown. Acknowledged discographers have been consulted to verify information.

Additional remarks about the records are listed as footnotes. We have used one line for each matrix number, so discographers can make notes when new information is discovered. Extra pages have been added at the end of the discography, allowing more space for additions. Our research has established a chronology that differs from the one in the fourth edition of Blues & Gospel Records by Dixon, Godrich & Rye (1997). This new chronology is explained in the Introduction.

Illustrations on left hand pages relate to recordings listed on the facing right hand pages. After the Wall Street crash in 1929, Paramount stopped advertising in the major African-American newspapers. However, advertisements continued to appear in more obscure papers, and in catalogues and leaflets. Many of the illustrations we traced for the L matrix series are so rare that they have seldom or never been seen by collectors. We spent a great deal of time on the restoration of these illustrations, as their original conditions ranged from poor to very poor indeed. In the 1995 78 Quarterly publication, 39% of the NYRL L matrices had been traced. Our research has raised the percentage to 52%.

The second volume lists the 20000 matrix series from number 20000 circa September 1927 to number 21474 in October 1929, and the Gennett matrix series, with recordings made for NYRL at Richmond, Indiana, and New York between June and October 1929.

Volume Five is the final volume. It covers the earliest year (1917-1922) and deals with matrices 1- 1099. This volume is also profusely illustrated in full colour. 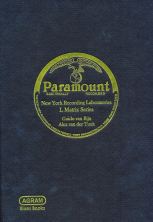 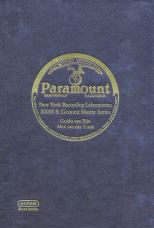 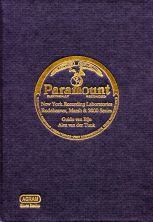 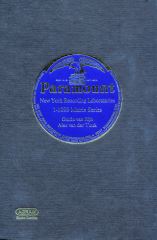